Evan Thompson is a writer and professor of philosophy at the University of British Columbia in Vancouver. He works on the nature of the mind, the self, and human experience. His work combines cognitive science, philosophy of mind, phenomenology, and cross-cultural philosophy, especially Asian philosophical traditions. He is the author of Why I Am Not a Buddhist (Yale University Press, 2020); Waking, Dreaming, Being: Self and Consciousness in Neuroscience, Meditation, and Philosophy (Columbia University Press, 2015); Mind in Life: Biology, Phenomenology, and the Sciences of Mind (Harvard University Press, 2007); and Colour Vision: A Study in Cognitive Science and the Philosophy of Perception (Routledge Press, 1995). He is the co-author, with Francisco J. Varela and Eleanor Rosch, of The Embodied Mind: Cognitive Science and Human Experience (MIT Press, 1991, revised edition 2016). Evan is an Elected Fellow of the Royal Society of Canada.

In 2021, Evan served as the President of the Pacific Division of the American Philosophical Association.

He has co-directed, with Christian Coseru and Jay Garfield, two National Endowment for the Humanities Summer Institutes: Self-Knowledge in Eastern and Western Philosophies (2018) and Investigating Consciousness: Buddhist and Contemporary Philosophical Perspectives (2012).

Evan also served for many years on planning committees of the Mind and Life Institute.

Evan is married to Rebecca Todd, a cognitive neuroscientist and psychologist. Todd is an Associate Professor in the Department of Psychology at the University of British Columbia and directs the Motivated Cognition Lab. 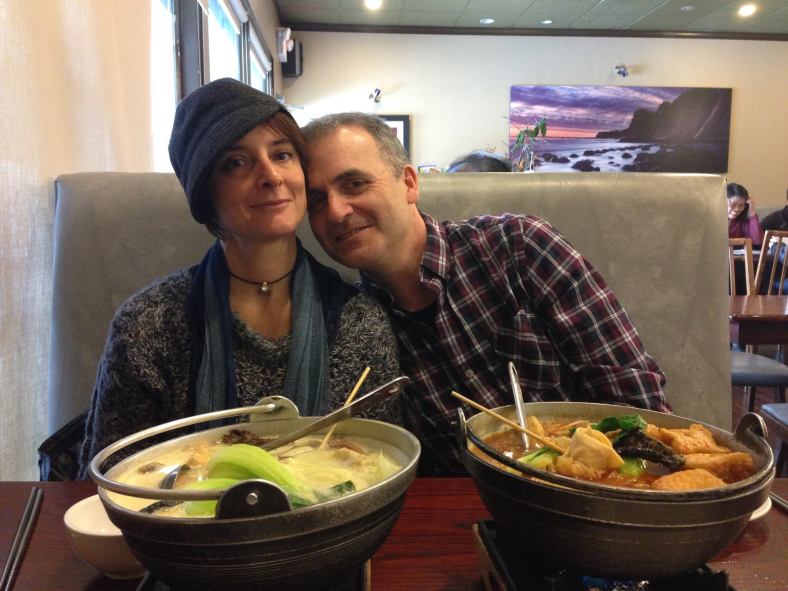 As a child and teenager in the 1970s, Evan was home-schooled at the Lindisfarne Association, an educational and contemplative institute and community founded by his parents, Gail Thompson and William Irwin Thompson.

Here’s a picture of the Lindisfarne community (with Evan looking sideways at the front) gathered at the compost heap. 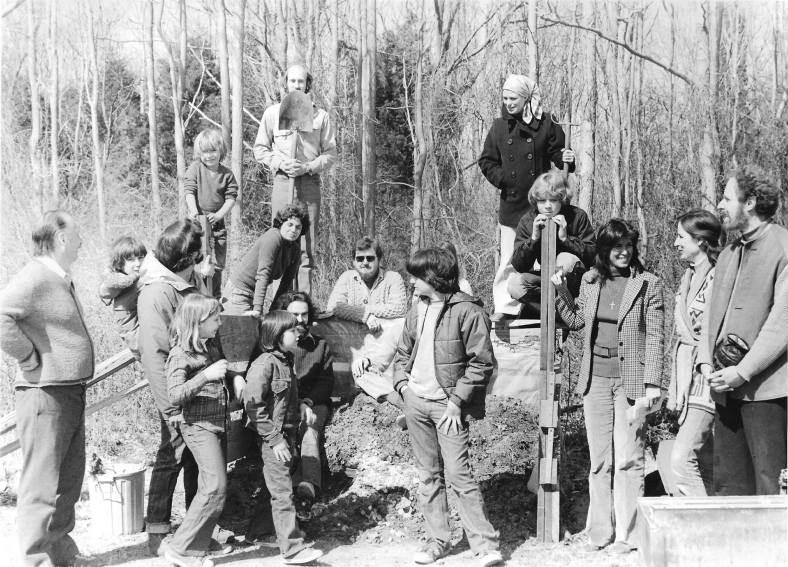